“These are not like other detergents:” Why we need the Detergent PACS Act 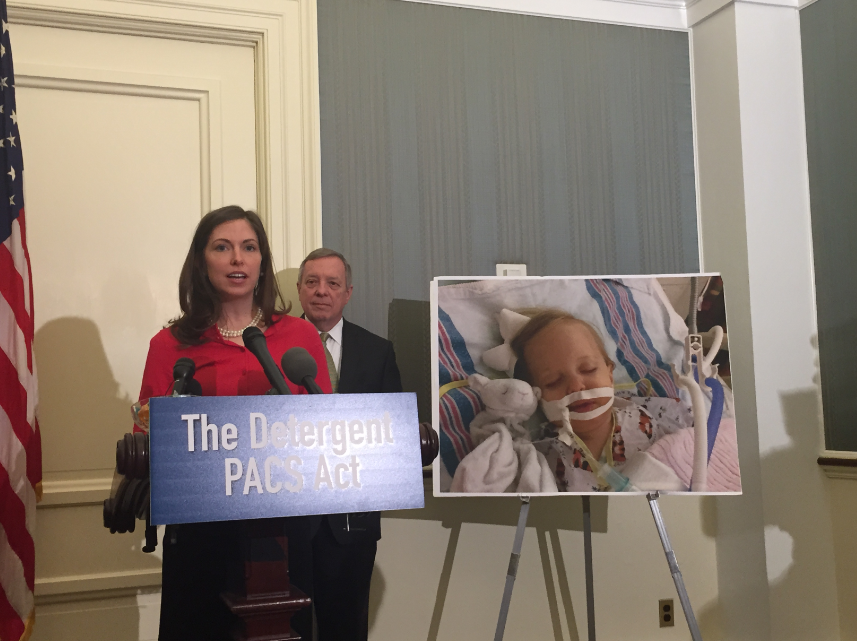 Jill and her 8-month-old daughter know all too well that the popular new detergent packs can mean danger for young children. Last April, in the split second it took for Jill to check on her older child, Cate pulled herself up on a laundry basket headed to the laundry room, grabbed the single detergent packet on top, and popped it into her mouth.

Then gagging, crying, screaming, vomiting, wheezing. Cate was rushed to the emergency room.

Cate is one of over 11,500 children age 5 and younger who were exposed to concentrated laundry detergent packets in 2014, as tracked by the American Association of Poison Control Centers. More than 700 of these kids were hospitalized. One 7-month-old died. 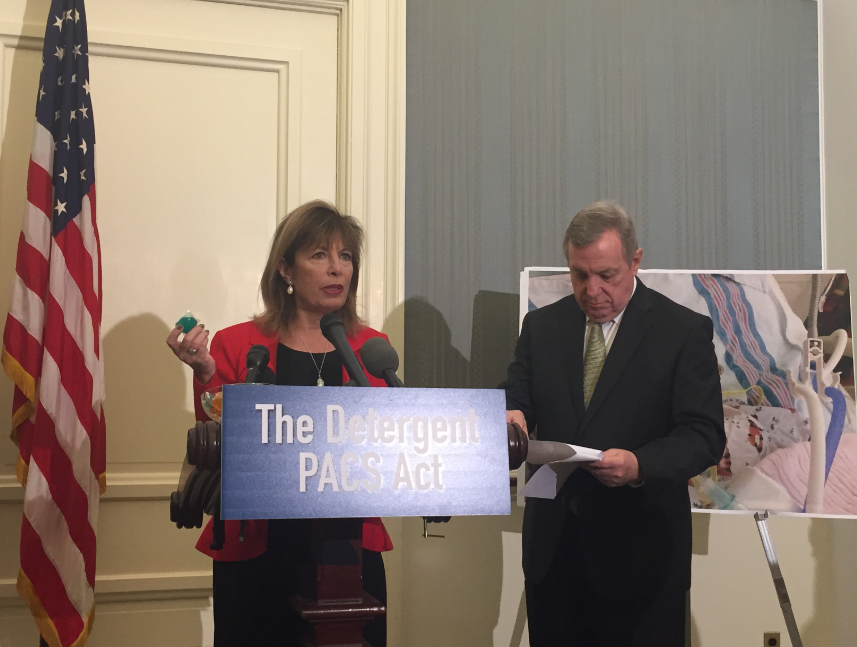 After ingesting a detergent pack in the blink of an eye, Cate spent two days intubated in the pediatric intensive care unit. She has since made a full recovery, but her family is committed to making sure detergent packs are made less dangers. “These are not like other detergents,” Jill warned.

Young children are exposed to the highly concentrated detergent in the packets through ingestion, inhalation, and skin or eye absorption after being attracted to the unique candy-like appearance and sweet scents. Reported symptoms include excessive vomiting, wheezing, gasping, upset stomach, and fatigue. In serious cases like Cate’s, exposed children need help breathing.

The PACS Act will protect our children from accidental poisonings through U.S. Consumer Product Safety Commission standards that will require safer, child-resistant packaging for liquid detergent packets. The standards will compel proper warning labels on the risks of liquid detergent packets to young children and less appealing packet design and colors. The bill is a common-sense solution that will keep children out of emergency rooms and save young lives. 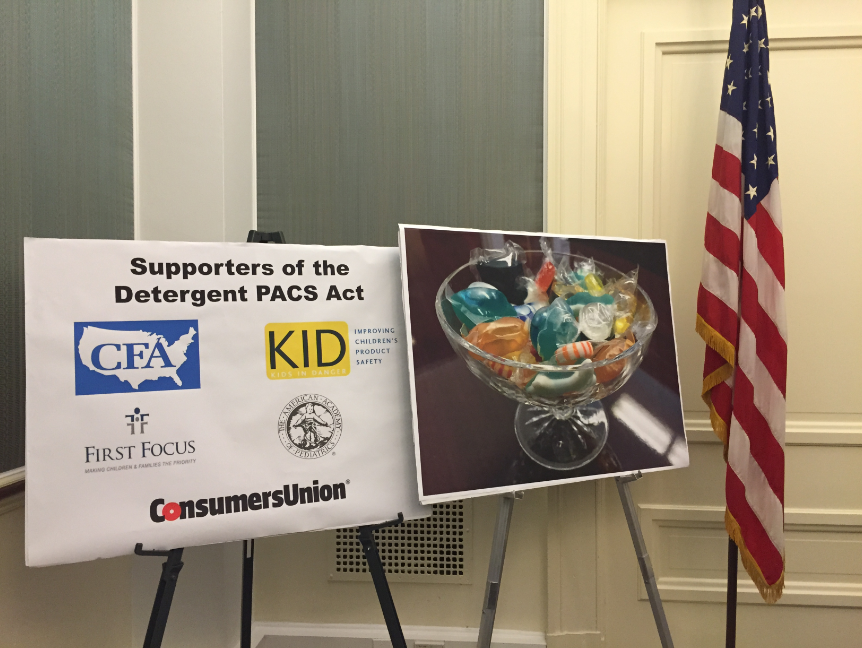 America ought to be able to do laundry without harming children. And First Focus Campaign for Children strongly supports the Detergent PACS Act and efforts to protect young children from injury and illness from accidental liquid detergent packet poisonings. Join us in supporting this vital legislation: