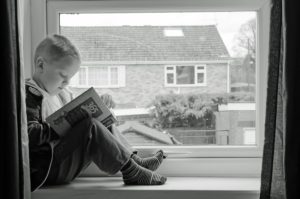 The Welfare Reform and Upward Mobility Act, introduced in June by House Freedom Caucus Chair Rep. Mark Meadows, Freedom Caucus member Rep. Jim Jordan, and Senators Ted Cruz and Mike Lee, would impose harsh new requirements on recipients of on anti-poverty programs such as the Supplemental Nutrition Assistance (SNAP) program and the Temporary Assistance for Needy Families (TANF) program, as well as reduce funding for federal housing assistance through transforming it into a block grant.

These new requirements would be impossible for many program participants to meet, resulting in millions of households with children losing access to nutrition, cash and housing assistance. It would require states to mandate strict work requirements for SNAP and TANF participants without any funding for child care or job training to help parents meet these requirements. And by transforming housing assistance into a block grant, funds would remain fixed at the 2016 funding level and would result in a $35 billion loss of funds by 2028.

SNAP is one of the most powerful anti-poverty programs we have. It is particularly effective because it can be responsive during times of economic downturns, helping families bridge times of temporary financial hardship. Nearly half of every SNAP dollar goes to children and SNAP is credited with reducing food insecurity among children by 33 percent after their families had been receiving SNAP benefits for about six months. SNAP is also credited with boosting academic performance in kids and laying a foundation for economic self-sufficiency.

Children make up over 70 percent of TANF recipients, but despite an increasing number of research findings on the importance of cash assistance for child development, very few families currently receive cash assistance. When TANF started in 1996, 68 percent of families in poverty received assistance, however, by 2010 that number dropped to just 27 percent, and caseloads have continued to drop even though need has not decreased.

By making it harder for parents and guardians to meet the requirements for these programs, children lose out. The child poverty rate would rise, resulting in potentially millions of children experiencing increased food insecurity, housing instability, toxic stress and other consequences that all negatively affect healthy child development and academic achievement. Many parents of households receiving SNAP and TANF already work, but don’t make enough to make ends meet without critical assistance.

This legislation is the wrong direction to combat child poverty in the U.S. Instead, we need to further invest in effective anti-poverty programs and build on what works.

This includes establishing a universal child allowance, which would ensure that every child in the U.S. lives in a household with an income sufficient to meet their basic needs and support their healthy development. This amount should be large enough to ensure that every child is lifted out of poverty and is not subject to the whim of economic downturns or parental labor participation. All other Anglo-American countries (Canada, UK, Ireland, Australia) provide some form of universal child or family benefit, and all have lower child poverty rates than the U.S.