Thank you for working to extend CHIP for four years 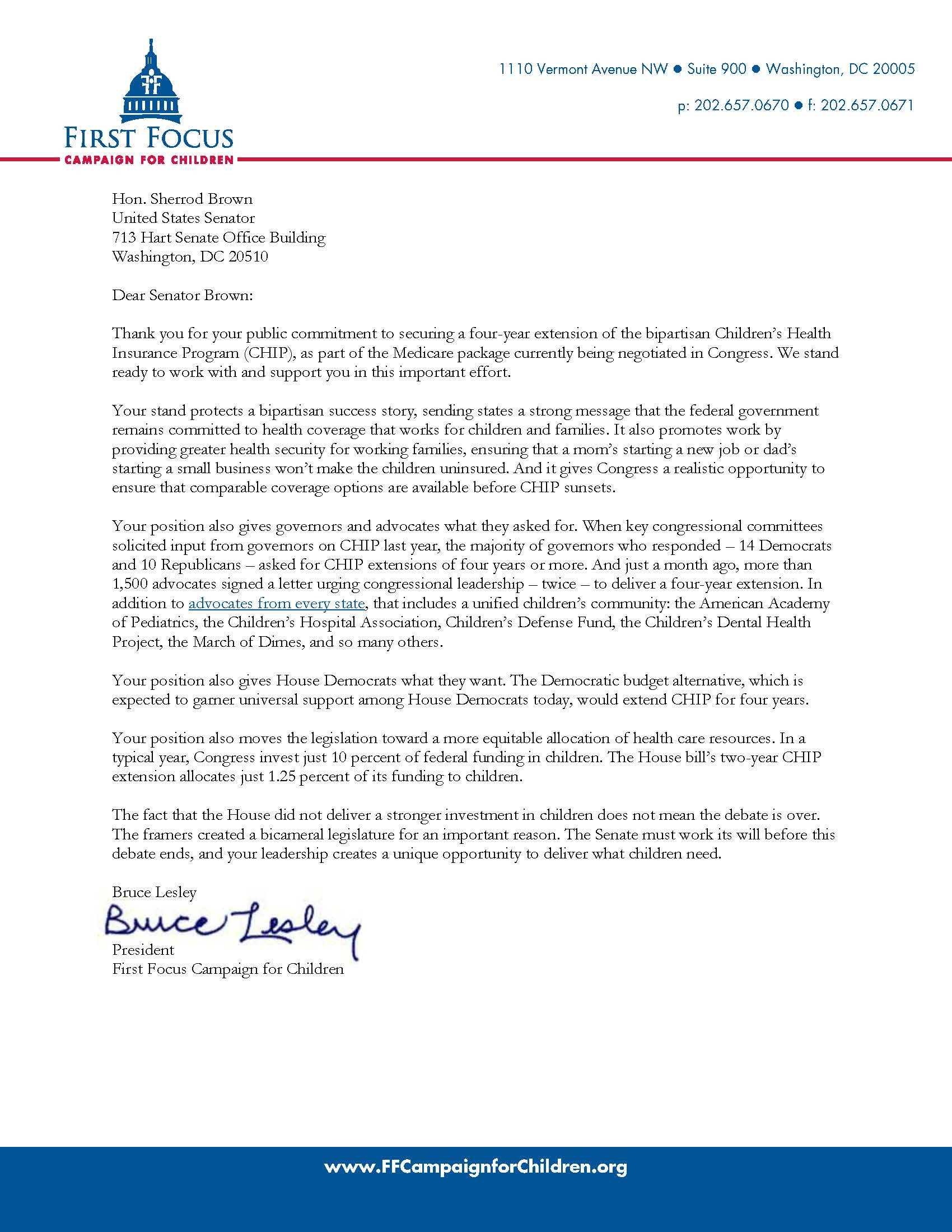 Legislation sponsored by U.S. Senator Sherrod Brown to extend the bipartisan Children’s Health Insurance Program through 2019 has been cosponsored by every Democrat in the Senate. The First Focus Campaign for Children sent Senate Democrats a letter today, expressing thanks and support for their commitment to securing a four-year CHIP extension through ongoing negotiations over Medicare legislation. This letter is addressed to Senator Brown, but the text of other letters is identical.