The National Academies of Sciences, Engineering and Medicine (NASEM) recently released a landmark study, A Roadmap to Reducing Child Poverty, which confirms that child poverty is a solvable problem when there is the political will to address it. Written by a committee of the nation’s leading experts on child poverty, this study puts forward an evidence-based policy agenda that, if prioritized and implemented by our nation’s lawmakers, would cut our child poverty rate in half within a decade.

First Focus Campaign for Children put together this analysis of the nearly 600-page study to a) highlight the findings and policy options that we find most compelling, b) provide commentary on how its policy and program options line up with current legislative efforts and c) add contextual factors to consider for effective implementation of these policy options.

Unfortunately, kids are far too often an afterthought in Congress. The problem is that children don’t vote and don’t have Political Action Committees (PACs) that garner and demand attention.

In an attempt to recognize those lawmakers in the second session of the 115th Congress who worked to improve the lives of our nation’s children through public policy change, we are pleased to present our 2018 Scorecard.

Our child policy experts rate the current bills and votes in Congress. Do they help kids or harm kids? Find out with our bill and vote trackers.

The Proactive Kids Agenda for the 116th Congress 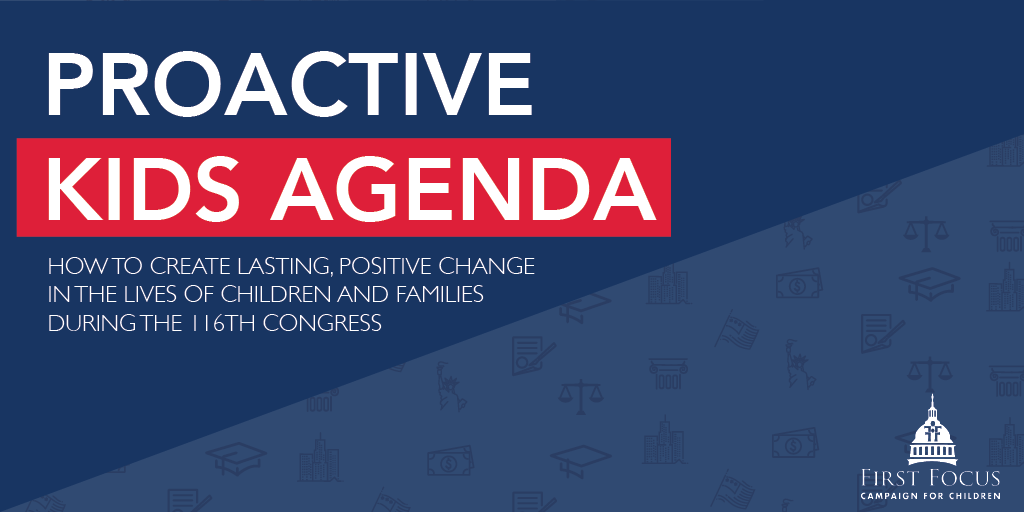 Any policies that affect children should base their foundations on the best interests of the child.

END_OF_DOCUMENT_TOKEN_TO_BE_REPLACED 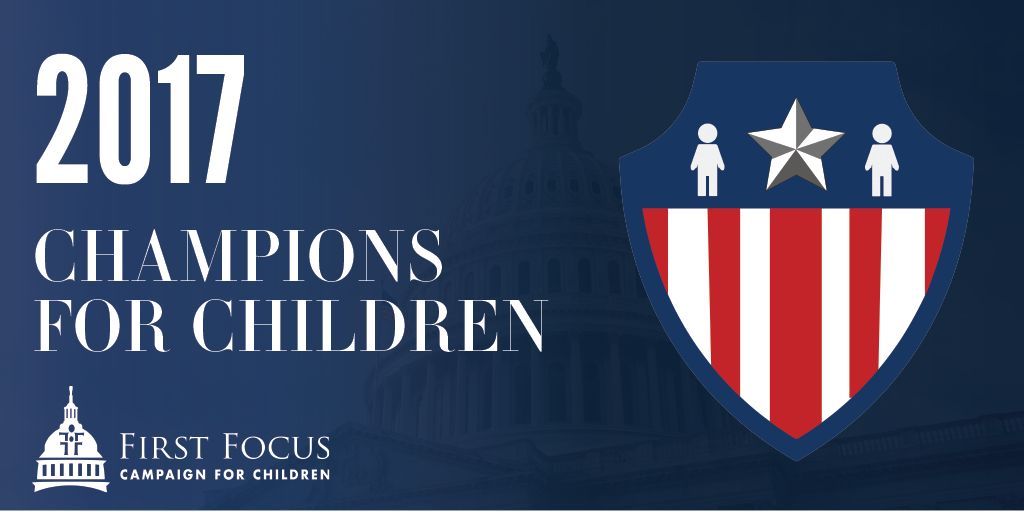 Unfortunately, kids are far too often an afterthought in Congress. The problem is that children can’t vote and don’t have Political Action Committees (PACs) that garner and demand attention. 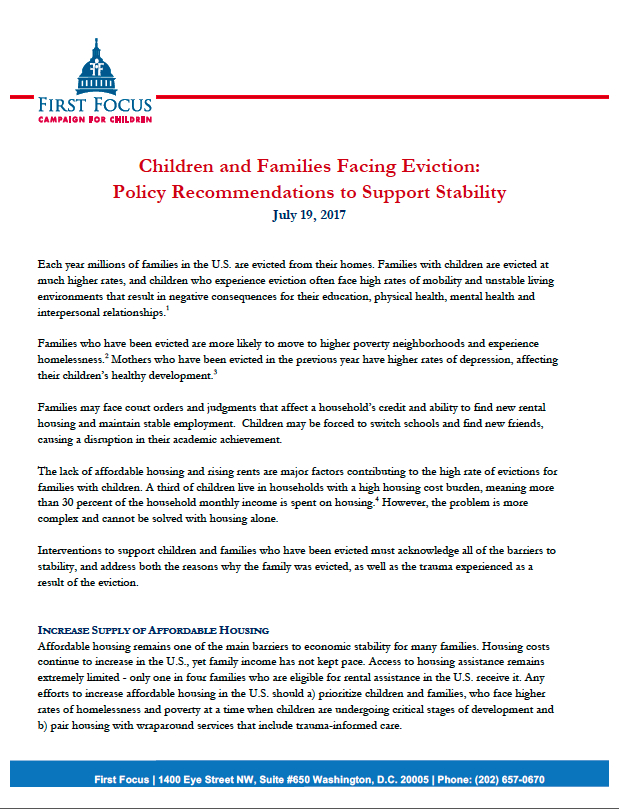 Each year, millions of American families are evicted from their homes. Families with children are evicted at much higher rates, and children who experience eviction often face high rates of mobility and unstable living environments that can have a negative impact on their education, physical health, mental health, and interpersonal relationships.

Interventions to support children and families who have been evicted must acknowledge all of the barriers to stability, and address both the reasons why the family was evicted as well as the trauma experienced as a result of the eviction.

The recommendations in this report include the following: 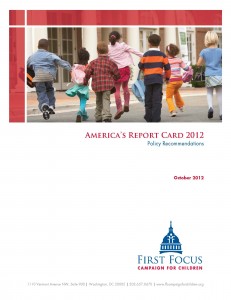 Our partner organization First Focus and Save the Children released in October 2012 America's Report Card 2012: Children in the US. Commissioned by former Sen. Chris Dodd (D-CT) and Sen. Casey (D-PA), America’s Report Card provides a holistic picture of unmet needs in five areas of a child’s life: economic security, early childhood education, K-12 education, permanence and stability, and health and safety. These corresponding policy recommendations provide real solutions that work for kids in these five areas.

Families of the Recession 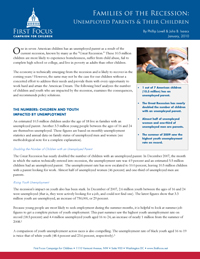 One in seven American children has an unemployed parent as a result of the current recession, known by many as the "Great Recession." These 10.5 million children are more likely to experience homelessness, suffer from child abuse, fail to complete high school or college, and live in poverty as adults than other children.

The economy is technically emerging from the recession and is likely to recover in the coming years. However, the same may not be the case for our children without a concerted effort to address their needs and provide them with every opportunity to work hard and attain the American Dream. This brief analyzes the number of children and youth who are impacted by the recession, examines the consequences, and recommends policy solutions. 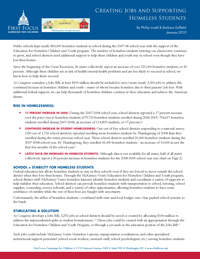 Public schools kept nearly 800,000 homeless students in school during the 2007-08 school year with the support of the Education for Homeless Children and Youth program. The number of homeless students entering our classrooms continues to grow, and school districts need additional support to help these children and youth stay in school even though they have
lost their homes.

Since the beginning of the Great Recession, 26 states collectively report an increase of over 221,000 homeless students, or 50 percent. Although these children are at risk of health/mental health problems and are less likely to succeed in school, we know how to help them succeed.

As Congress considers a Jobs Bill, at least $100 million should be included to save/create nearly 3,300 jobs to address the continued increase in homeless children and youth – many of whom became homeless due to their parents’ job loss. With additional federal support, we can help thousands of homeless children continue in their education and achieve the American dream. 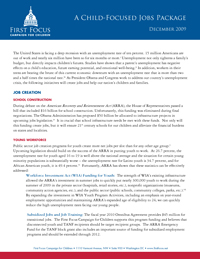