Support for the Child Nicotine Poisoning Prevention Act of 2015 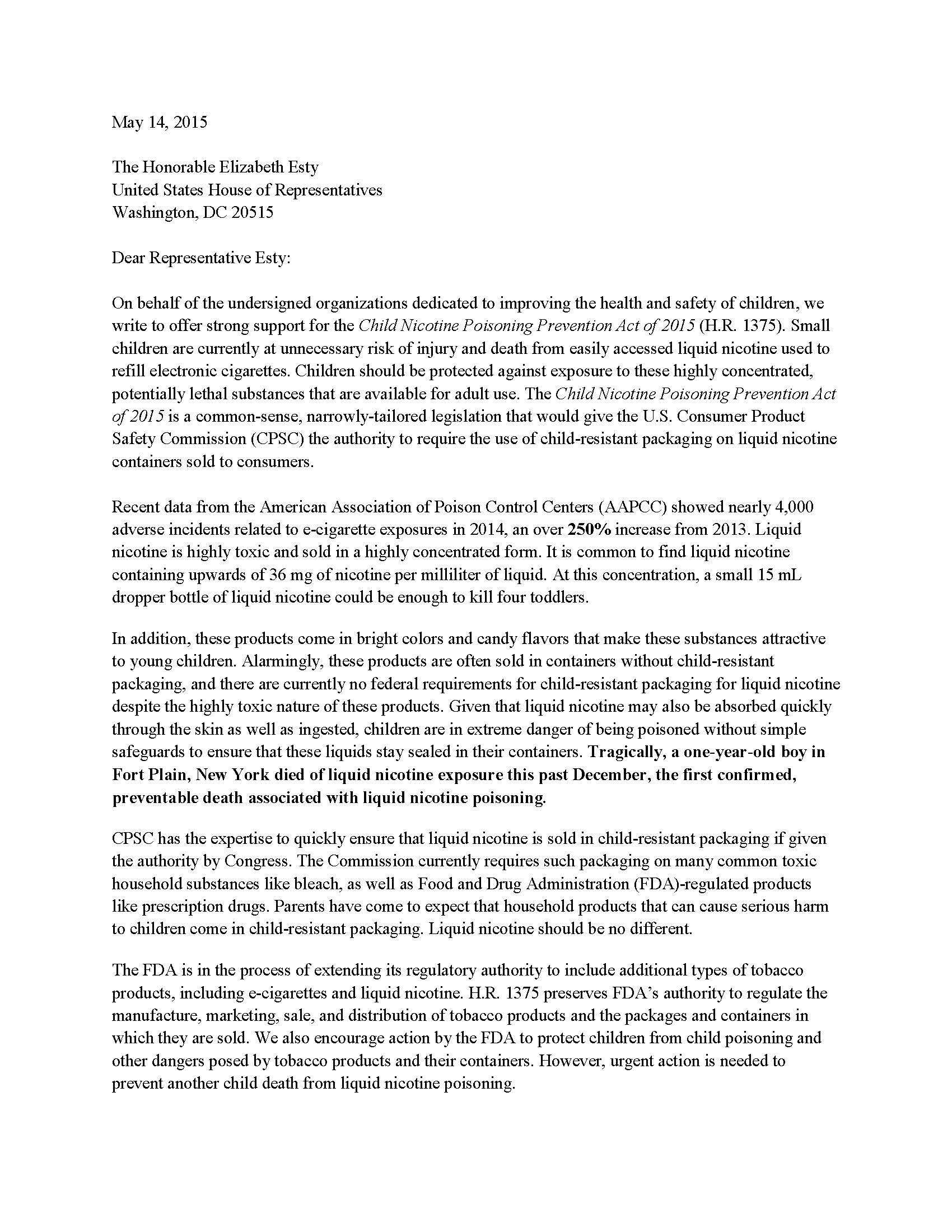 As e-cigarettes have become more popular, poison control centers reported last year a 200 percent jump in calls related to liquid nicotine poisoning, more than half in children under age 5. Just one teaspoon of liquid nicotine – often sold in flavors attractive to kids like bubblegum and cotton candy – can be a deadly dose for children. Accidental ingestion and skin exposure more commonly mean symptoms like vomiting and seizures, and a trip to the emergency room.

The Child Nicotine Poisoning Prevention Act of 2015 is a common-sense, narrowly-tailored legislation that would give the U.S. Consumer Product Safety Commission the authority to require the use of child-resistant packaging on liquid nicotine containers sold to consumers. First Focus Campaign for Children joins over 25 leading advocacy organizations in supporting the bill.