The AHCA Will Harm Children 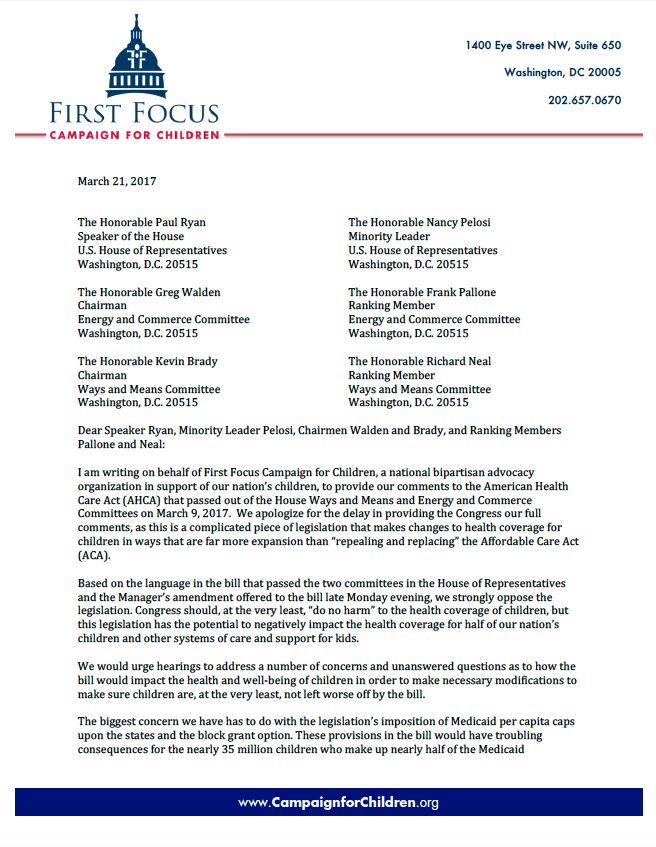 On March 21, 2017, First Focus Campaign for Children sent a letter to Congress to provide comments on the American Health Care Act.

The Campaign for Children strongly opposes the legislation, and urges a “do no harm” approach to the health coverage of children.

The letter details concerns about this legislation’s imposition of the Medicaid per-capita caps upon the states and the block grant option.