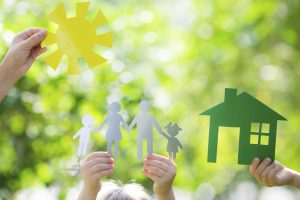 1.3 million. That’s the number of homeless children and youth identified by public schools across the country last year. These students face challenges unimaginable to many as they lack the stability and safety of reliable housing. Unfortunately, the overwhelming majority of these children and youth are ineligible for key HUD services like emergency shelter, transitional housing, rapid rehousing, permanent supportive housing, and counseling that could shield them from abuse and exploitation. HUD’s current definitions of homelessness do not prioritize the type of homelessness that plagues many of these young people, as they sleep in crumbling motel rooms with their entire family or crash on a different friend’s couch each night of the week rather than sleep on the streets or in an adult shelter that would open the doors to HUD assistance.

Fortunately, thanks to the leadership of Senators Dianne Feinstein (D-CA) and Rob Portman (R-OH) as well as Representative Steve Stivers (R-OH), Dave Loebsack (D-IA), and Rodney Davis (R-IL) these children and youth may finally begin to receive the support they desperately need to live healthy and successful lives. This Tuesday, the members of Congress mentioned above reintroduced the Homeless Children and Youth Act (S. 256/H.R. 276) in an effort to address the needs of all homeless young people. The bill would cut government red tap by allowing local service providers to determine the best way to assist the needs of the homeless in their communities. By making HUD’s definition of homelessness consistent with other federal programs such as the Runaway and Homeless Youth Act programs, Violence Against Women programs, and the McKinney-Vento Act programs, children will no longer prove they are homeless enough to receive essential services.

In conjunction with the bill’s reintroduction, First Focus Campaign for Children co-sponsored a congressional briefing with the aforementioned members of Congress, the National Network for Youth, the National Association for the Education of Homeless Children and Youth, the National Center for Housing & Child Welfare, and the Covenant House. Both Congressman Stivers and Congressman Loebsack stressed the importance of the legislation for the homeless children and youth population in their district and across the country. Cynthia Fernan, a student from Focus Learning Academy Southwest in Columbus, OH, gave a moving account of her battle with homelessness that showed the difficulty children face when they are forced to couch surf in order to have a roof over their head each night. Karen Gruneisen, the Associate Director of Episcopal Community Services of San Francisco, and Stephanie Van Housen, the Homeless Student Liason of the Iowa City Community School District, shared stories of the work they’ve done with students just like Cynthia. Unfortunately, they both testified to the barriers they face when trying to serve their local homeless children and youth populations due to the current HUD definitions.

The fact that a country as rich as the United State is home to over a million homeless children and youth is a tragedy in itself, but the reality that so many of these young people are barred from the services they so desperately need despite living in unsafe and unstable environments is truly unacceptable. However, Congress can change this reality and improve the outcomes for America’s homeless children and youth by passing the Homeless Children and Youth Act.