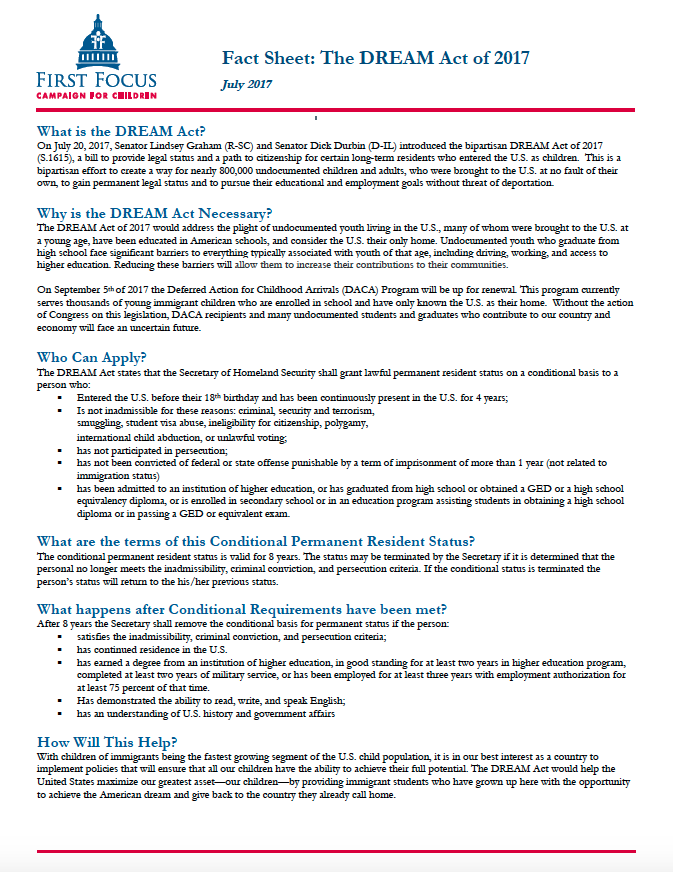 In a joint press conference on Thursday, July 20th Senator Lindsey Graham (R-SC) and Sen. Dick Durbin (D-IL) announced the reintroduction of the DREAM Act, a bill to provide legal status and a path to citizenship for certain long-term residents who entered the U.S. as children.  This bill is a bipartisan effort to create a way for nearly 800,000 undocumented children and adults (known as DREAMers), who were brought to the U.S. at no fault of their own, to gain permanent legal status and to pursue their educational and employment goals without threat of deportation.

The DREAM Act of 2017 would address the plight of undocumented youth living in the U.S., many of whom were brought to the U.S. at a young age, have been educated in American schools, and consider the U.S. their only home. Undocumented youth who graduate from high school face significant barriers to everything typically associated with youth of that age, including driving, working, and access to higher education. Reducing these barriers will allow them to increase their contributions to their communities.