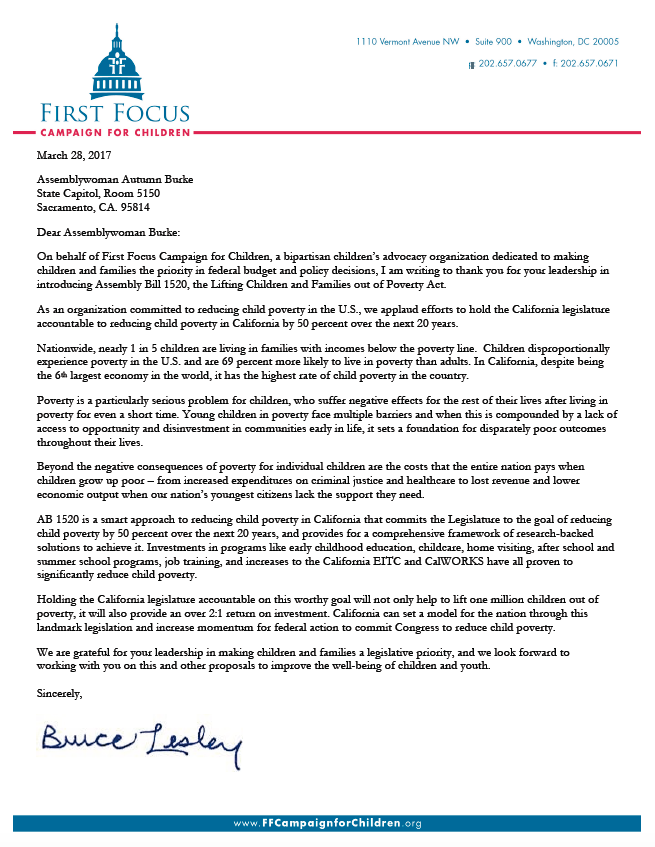 First Focus Campaign for Children has endorsed AB 1520 with this letter of support. We applaud lawmakers and advocates in California for setting an example for the nation with this landmark legislation.